What is a monitored intruder alarm? 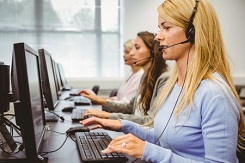 A monitored intruder alarm is essentially an audible intruder alarm with ‘monitoring’ added as an additional service. An audible alarm is as it sounds; an alarm that makes an audible noise when triggered. Obviously, the purpose of this is to draw attention and frighten the intruder away. If the property is occupied at the time (such as at night while people are asleep) it will obviously alert the occupants. For many audible alarms, this is the limit of its purpose although some do have the option of informing you by text message which can be useful if you’re away from home at the time but able to get there quickly or inform someone who is close by.

When an alarm has a monitoring service attached to it, an alarm receiving centre (ARC) would be notified immediately when the alarm had been triggered. It is then their job to determine whether this is a ‘confirmed alarm’ (ie a genuine breach v an alarm fault or user error) and notify the keyholders. While it may seem like an alarm that texts you is just as good, the difference is that the receiving centre would keep trying their list of keyholders until they speak to someone, whereas a text may not be read until later. You can also have a police monitored alarm which means that the police would be notified in the event of a confirmed alarm.

Depending on the alarm system, somebody from the ARC can even speak through the system to any intruder that may be there, warning them to leave. If you have CCTV as well, they can also check the live stream to help them establish what the situation is.

A basic monitoring system such as the one described above can be vulnerable as it relies on a telephone line to notify the receiving centre. If the telephone line is cut, the alert would not get through.

Dualcom and BT Redcare systems use additional paths (GPRS and GSM respectively) so they’re not reliant on the phone line. They would also detect instantly if the line was cut or damaged which would alert the ARC in itself.

Do you need your alarm to be monitored?

That’s really a decision for you to make depending on your perceived risk. It’s true that monitoring is more common on commercial properties than homes but if you live in a high risk area or your home has high value contents, it may be worth it for your peace of mind. Costs for domestic monitoring start from around £150+VAT per year.

If you would like to discuss monitoring options with us give us a call on 0800 612 9799 or call into our security shop in Wakefield.

0
0
0
0
0
0
previous Shutting the garage doors after the bikes have been burgled
next How to stop spiders spinning webs over CCTV cameras
Make an enquiry
Sign up to our newsletter!