Employee theft could be costing British businesses £190 million a year 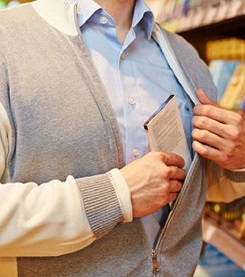 67% of office workers admit to stealing from their employer

In a survey conducted last year, two thirds of office workers confessed to stealing items with an average estimated value of £12.50 per year. You may think that is a relatively small amount and it’s not really worth getting wound up over post-it notes and staplers, however given the number of people employed in office work across the UK, this could equate to a total cost of over £190 million to British businesses. 11% also admitted to stealing from their colleagues. See more details here.

While some may argue that this is just an unspoken ‘perk’ of the job, ultimately theft is theft and something that businesses need to take seriously.

How can you prevent theft in the workplace?

There are definitely measures that you can take to be clear to staff that theft is unacceptable but there is also a balance to strike. Creating an atmosphere of mistrust can be counter-productive; nobody wants to see Sports Direct style bag searches and pat downs on exit from the building, so the emphasis should be on prevention and making it very clear what your policy is on the matter, rather than catching people out per se.

If you want people to meet your expectations, you have to be clear on what those are. Including wording in employee contracts and inductions make your approach explicit. Signs in key areas such as stationery cupboards and stock rooms can also provide effective reminders (messages such as ‘British businesses lose £190 million to theft per year – please respect our property’ or ‘Thefts from the company impact directly on our bottom line – in the interests of all staff, please only take items for internal use’ or even something more direct such as ‘Theft in any form is not acceptable and subject to disciplinary proceedings’).

CCTV can be a useful tool. Few would risk being caught stealing on camera (it’s really not worth risking your job for a few pens and reams of paper). With 1 in 10 workers admitting to stealing from colleagues, this is also valuable for safeguarding staff as well (not only from theft but in relation to other incidents in the workplace). If you do opt for a CCTV system, you must make it clear that this is in place as people have a right to know that they are being filmed and this also acts as a deterrent.

You could also restrict access to items that commonly go missing with the use of an access control system – where only authorised people could enter that area with the use of a fob/card or code. This can also make people accountable as the use of their cards/codes could be logged.

Above all communication is vital. Pitch any measures as in the interest of the company as whole and as a generic precaution rather than an expectation of dishonesty but make sure that you demonstrate that you do take this threat seriously.

If you would like advice or a bespoke solution give us a call on 0345 833 5543 or send us a message. You may also be interested in an article we wrote on the threat that ex-employees can pose to businesses.