Could Ex-Staff Pose a Security Threat? 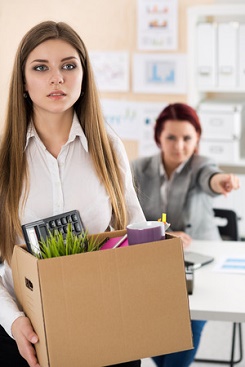 Why businesses need systems that reduce vulnerability from former employees

A Wakefield man has just been jailed for a significant string of burglaries and thefts from businesses, schools and homes last summer. The jury at Leeds Crown Court heard that Mark Burnside was addicted to crack cocaine and committed the thefts to fund his habit.

Burnside was very much an equal opportunities burglar, with no prejudice in who he was willing to steal from. His victims included an elderly lady, teachers at 2 different schools and several businesses. Interestingly, he had connections to at least of two of the businesses having worked at one 2 years earlier and attended an induction day at another. This also gave him somewhat of an advantage in knowing the layout of the premises and possibly having some knowledge of their security routines.

This was by no means any kind of master criminal: he was caught out by CCTV and left a fingerprint at the location of one of his break ins; he sold a stolen ring at a Cash Converters store; he used a stolen Post Office card to withdraw money; and he was found in possession of specialist equipment stolen from one of the businesses he targeted. All of which helped secure him the 6 year jail term received.

How can you protect your business from unscrupulous ex-staff?

One lesson that businesses can take from this case is the vulnerability that ex-employees can represent. That’s not to say that you should mistrust your staff, and in reality this person was probably unlikely to have had any real access to anything sensitive, but it’s still a reminder that it’s worth building sensible precautions into your security routines, especially those with a high staff turnover.

The following are all good practices to follow to guard against such risks:

The trigger for catching Burnside was him being captured on CCTV, breaking into one of the companies that had used to work for. Because he was known to them, they were able to identify him and the discovery of his fingerprints on the property confirmed this. Therefore, while inside knowledge of the premises gave him an advantage, it also led to his downfall.

Being robbed by a former employee is fairly rare but not unusual enough to risk not taking these, fairly simple, precautions. Those who weren’t employed for long or who leave on bad terms represent the greatest risk.

We offer Yorkshire based businesses a free security audit that would identify any potential areas of vulnerability. To book yours call us on 0345 833 5543 or get in touch via the website.

0
0
0
0
0
0
previous Analogue Criminals in a Digital Age
next Lock Snapping Gang Sat-Nabbed
Make an enquiry
Sign up to our newsletter!