The most inventive ways to look in if you’re out 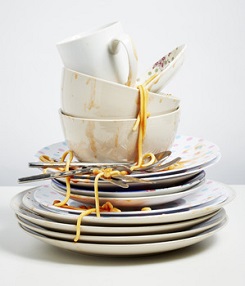 Yale has just conducted a survey to find out people’s best hacks for making burglars think they’re home when they’re actually away on holiday. It includes, as you might expect, measures like having lights on timers, asking neighbours to park on their drives and cancelling the newspapers but it seems that Brits are a bunch of lateral thinkers so there are a number of ideas on there that you may not have considered before.

These include the following:

We think that these ideas are pretty inventive (you can see all the top 30 here) so it inspired us to come up with some of our own. See what you think:

Record typical household sounds so you can play them back on a timer (eg conversations between the family, shouting for the dog to come in, singing in the shower and – for extra realism – maybe an argument or two or shouting at the kids!)

Anyway, we’d like to know your most creative ideas for making your home look occupied – the more inventive the better! Let us know in the comments below or join in the discussion on Facebook.

0
0
0
0
0
0
previous West Yorkshire a hotspot for dog AND cat thefts
next If you can see any of these items through your windows – move them immediately!
Make an enquiry
Sign up to our newsletter!