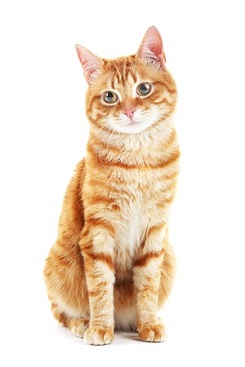 Two burglars in the West Yorkshire area have been in the news recently for using distraction or confidence burglary methods to prey on older, vulnerable people.

Jonathan Schofield, dubbed the ‘ginger cat burglar’ has just been jailed for 4 years 9 months for burgling several houses in Sharlston, Wakefield, under the guise of looking for his cat. He targeted bungalows occupied by older people and attempted to gain entry by saying he was looking for his cat and actually entered some properties without even knocking, rifling through drawers. See the story here.

Another pair of burglars are currently at large who have been posing as landscape gardeners. Again, they’re approaching older residents and offering their gardening services such as clearing trees and repairing fences. They ask for money up front and never finish the work and also gain entry to the house by asking for a cold drink. Incidents have taken place in Castleford and Featherstone so far and West Yorkshire Police is warning people to be on their guard. See the story here.

How to prevent distraction burglaries

Being a victim of a distraction burglary can be very distressing and not just because of what is stolen but because of the feeling of being duped and embarrassment at letting them into your home voluntarily. This can leave you feeling very upset and vulnerable.

We recently posted a blog about door security for older people which is worth a look but we also have some tips for preventing a distraction burglary that everyone should be aware of, as it doesn’t only happen to older people:

These particular incidents took place around the Wakefield area but they can happen absolutely anywhere. Be on your guard and keep a look out for anyone behaving suspiciously in your local area. If someone comes to your door offering products or services that don’t seem right you should report that to the police using the non-emergency number 101, even if you sent them packing, as that can alert the police that burglars could be operating in that area.

If you require any other security measures such as anti-snap locks, door chains, door chimes or burglar alarms then give us a call on 0345 833 5543 or pop into our security shop in Wakefield.

0
0
0
0
0
0
previous "Another break in and my business will close down"
next Bungling Burglars #5
Make an enquiry
Sign up to our newsletter!