Student anti-burglary campaign looks to the movies for inspiration 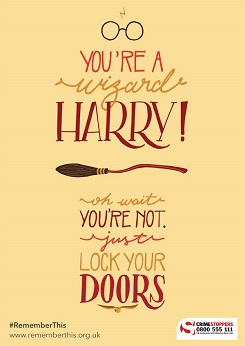 The charity Crimestoppers has teamed up with students from Leeds University to create a series of visual messages to raise awareness of the issue of burglary amongst the student population and encourage them to protect themselves. Statistically almost a third of students in Leeds (which has the fourth largest student population in the UK) have been the victim of crime while at university in the city.

It was run as a competition and won by Amy Woodward and Megan Chown who used twists on TV and movie references to get the message across. Taking inspiration from Harry Potter, Scooby Doo, Lord of the Rings and Star Wars, they created largely typographic posters applying recognisable phrases in the context of protecting yourself from a burglary. See the posters below and read about the campaign here on the Crimestoppers website. 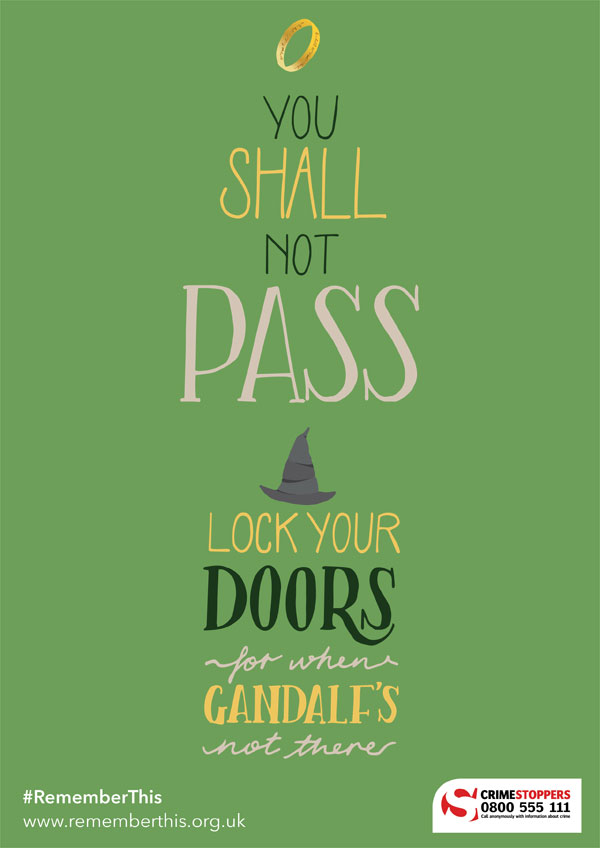 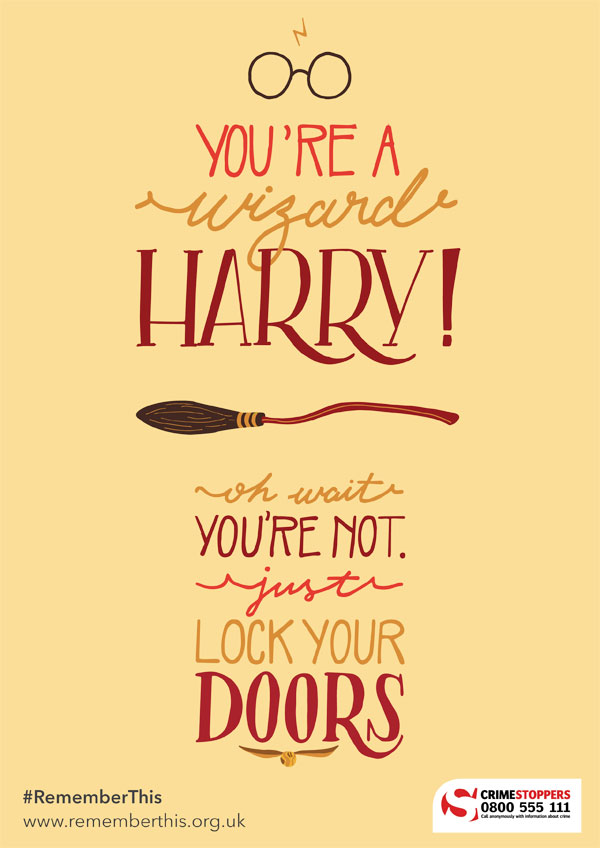 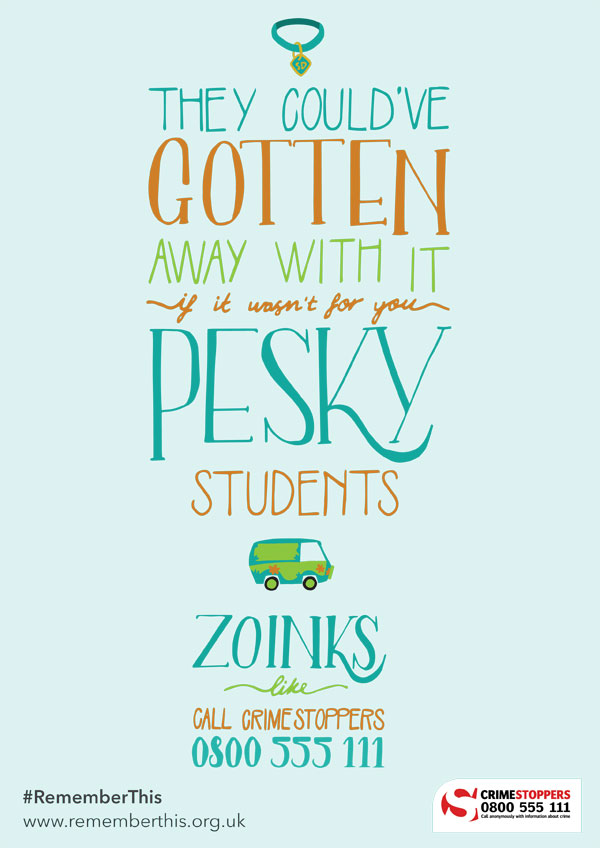 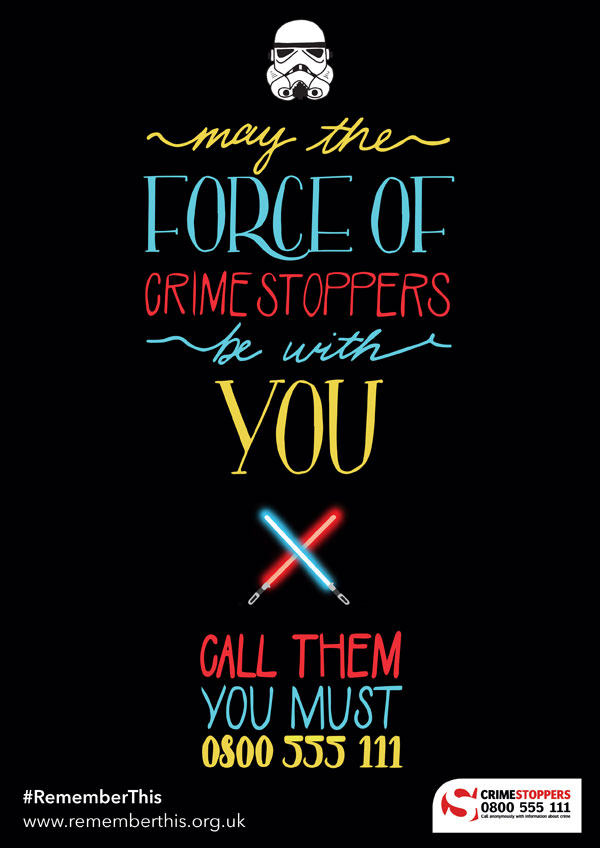 Why are students at risk from burglary?

Insecure burglaries – where intruders gain access through an unlocked door or window – account for the largest number of incidents. When lots of people are coming and going in a shared house it can be difficult to make sure the door is always locked but it is a habit people need to get into from the start. It’s also hard to keep track of who has a right to be in the house, especially at the start of the academic year when you don’t know everybody as well and people invite friends round.

How can students protect themselves from burglary?

Here are our best home security tips for students:

The new campaign is being rolled out all around Leeds – especially in Burley, Woodhouse and Hyde Park where most burglaries are reported – and on social media channels. Going to university is expensive enough without the cost of a burglary to add on!