NHSM16 – Security Stat Round Up 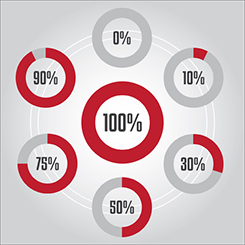 All 31 security stats from the campaign

Throughout October we have been posting a daily security statistic as part of our campaign for National Home Security Month 2016. These stats have been curated from a variety of sources and shared daily via our Facebook page and Twitter profile.

Now that National Home Security Month has finished for another year you can see all the stats that we’ve shared here:

We will be posting a full round up of everything that we’ve done during NHSM shortly, including our donation to Remedi UK. The purpose of running NHSM during October is to raise awareness of home security issues at the time of year when burglaries tend to spike. The campaign may be over but of course, the issue of looking after your home security never ends and the tips that we’ve shared in our various blog posts are useful to adopt all year round. Hopefully these statistics demonstrate that.

If you would like to discuss your home security and how we can help, please give us a call on 0345 833 5543, send us a message or call into our security shop in Wakefield.

0
0
0
0
0
0
previous NHSM16 - Week 5: Spooky Season
next National Home Security Month – over for another year
Make an enquiry
Sign up to our newsletter!