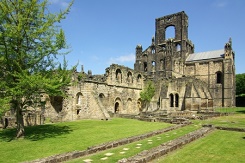 Two postcodes in Leeds feature in the top 20 list of most burgled areas, according to Moneysupermarket.com research. The LS5 area of Hawksworth / Kirkstall and the LS8 area of Fearnville / Gipton / Gledhow are in the 4th and 17th position respectively. However, it could be worse: London postcodes account for 16 of the 20 postcodes listed.

These findings are based on the number of claims made against the number of quotes provided. The two Leeds postcodes are the only Yorkshire areas to make the top 20 however, LS5 represents the most-burgled postcode outside the capital with 48.3 claims per 1000 quotes. You can see the full list and check how your own postcode fares here.

Overall the picture is actually quite positive with the national burglary rate falling by 8% in the last year. According to Home Office research, the reason for this fall is largely thought to be linked to a reduction in drug abuse with many offenders burgling homes to support their addiction.

We think that the reduction could also be down to people becoming more security conscious and investing in home security measures such as anti-snap locks, burglar alarms and even CCTV. In our experience, burglars will always choose a house without these measures over those with them so you definitely don’t want your house to be the least secure on the street.

10% discount off burglar alarms for LS5 and LS8 postcodes!

Because it looks like homes in these areas could use a bit more home security we’re happy to offer a 10% DISCOUNT OFF BURGLAR ALARMS* installed in these postcodes during February. Call the office for more details on 0345 833 5543.

0
0
0
0
0
0
previous How do you prevent false fire alarms?
next Things burglars do before committing to the break in
Make an enquiry
Sign up to our newsletter!