Is selling on social media attracting burglars rather than buyers?

Home / Blog / Is selling on social media attracting burglars rather than buyers? 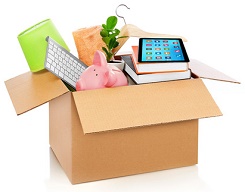 The potential dangers of buy/sell/swap sites

We have already spoken about the dangers of sharing too much on social media such as when you’re away on holiday or showing off about some new gadget or nice new piece of jewellery but there is another aspect to social media that can leave you vulnerable to attention from the wrong people.

Selling your unwanted items on social media and selling sites is an extremely popular way of having a good clear out and potentially making a few quid. Beware though, this type of activity can potentially be even more fraught with danger than your social posts.

There are many channels for selling items out there – Facebook Marketplace pages, Gumtree, Shpock, Pre-loved etc. Distance selling, where you post the item out, isn’t so much a problem however when you’re advertising items locally to be collected from your home you could potentially be opening a can of worms.

I recently had an experience where I wanted to get rid of a child’s bed and offered it for free, via Facebook Marketplace, to anyone who could collect it (it was really to save us the inconvenience of getting rid of the bulky item ourselves). As you might expect, I had quite a lot of interest including a couple of people who said they could come straight away for it. I offered it to the first person who responded and he asked for the address and whether I would be in that afternoon so he could come to collect it, which I duly gave him. Then I heard nothing. He didn’t respond despite having read the messages. Therefore, the following day I marked it as available again and somebody else responded. When I gave him the address he then changed his mind, saying it was too far for him to come. This struck me as strange because it was listed on a fairly specific local area selling page and I do live within that area. I had now given my full postal address to 2 people I didn’t know.

Nothing came of this and while these people were certainly time wasters, their intent may have been nothing more malicious than that. It did, however, highlight the potential danger. On looking around the internet, I came across a couple of posts that reinforce this train of thought. One talks about a woman who felt that the prospective buyer was showing an unnecessary interest in her children here, and one is a tradesman who promoted his gardening business on Facebook and subsequently had his shed broken into, here.

So, what are the dangers of these buy/sell/swap sites?

The biggest dangers are these:

You are reaching a much wider audience, most of whom you don’t know. Posting on your personal social media channels is more controllable in that you choose who you are friends with (though this is never 100% secure) but anyone at all can access these selling sites and there is no guarantee that these profiles are even genuine.

You are giving out your home address complete with postcode. You will also be telling people when you will be in and potentially when you won’t.

You are giving people an opportunity to come to your home, and even come inside your home in the case of bigger items, where they could potentially have a good look around and see whether there is anything else worth stealing.

Any photos of items you’re posting could potentially give clues such as whether you have other items worth stealing.

People could ask questions which could potentially reveal more than you want to such as times you’re away from the house or whether you live alone.

Selling items such as games consoles, computers or phones could indicate that you’ve just upgraded your tech which could make rich pickings for burglars.

How do you stay safe on selling sites?

These dangers don’t mean that you shouldn’t use these sites as there are measures you can take to minimise the risk:

In the majority of cases, people are genuine and these trading sites work well for both sellers and buyers but it is worth taking the above precautions just to stay on the safe side.

If you have any queries about home security you can call us on 0345 833 5543 or call into our security shop in Wakefield.

1
0
1
0
1
0
previous CCTV: What’s the advantage of IP over analogue systems?
next Chief Inspector Advocates CCTV over Burglar Alarms
Make an enquiry
Sign up to our newsletter!