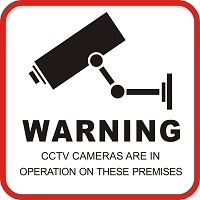 Who is it for? Why get it? What do you need to know?

CCTV has historically been most used by commercial businesses and high end domestic properties but that is gradually changing. These systems are now becoming increasingly popular for homeowners for a range of reasons. This can include the following:

Why get CCTV? What are the benefits?

CCTV brings with it a number of potential benefits. These include:

Before you consider having a CCTV system installed there are a few things you need to be aware of:

If you think CCTV might be a good idea for your home security then we can offer advice and guidance to help you make your decision. You can speak to us on 01924 371941, call into our security shop in Wakefield or make an appointment for a home survey.

0
0
0
0
0
0
previous Sparky V Security
next Are you getting a good deal?
Make an enquiry
Sign up to our newsletter!