Analogue Criminals in a Digital Age 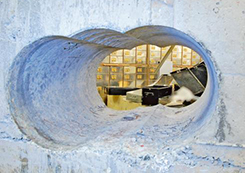 That was the term the Police used to describe those convicted this week of the Hatton Garden Heist. Seasoned criminals they certainly were but it would seem that experience is no match for current, technical knowledge. 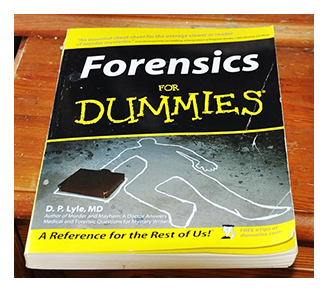 The manner of the break in was actually well planned and thought through and they did consider modern security measures but their knowledge was simply not sufficiently up to date to recognise some of the fatal flaws they made. They managed to disable the burglar alarm and they researched forensic techniques (mainly by reading a book called Forensics for Dummies, which was found at one of their homes!) and made sure that no physical evidence was left in the vault; all equipment that was left was wiped clean and they used the toilets on other floors while they were in there. They took the CCTV disk from the premises and they used walkie talkies to communicate and not mobile phones. This, however was not enough.

They did disable the alarm but only partially and it managed to send a signal to the police but they didn’t respond. This was a fatal flaw by the police and had they come out and conducted a full inspection they would have been caught red handed (the security guard did come out but found the front door secured and didn’t investigate further). This was pure luck on the gang’s part and allowed them to work in the building all over the bank holiday weekend, uninterrupted.

While taking the CCTV disk was a good idea, they didn’t know about the ANPR (automatic number plate recognition) cameras throughout the surrounding area. They also didn’t consider that the CCTV in the building could have been recording to a remote location which was entirely possible and something that all businesses should consider (it’s not clear whether this was the case on this occasion). One of the first things that investigators did was search through footage in the days and weeks leading up to the heist. The first fatal mistake that they made was one of them visiting the scene several times in his own van. His vehicle was linked to him and his criminal background instantly made him a person of interest.

They then set up surveillance that led them to other members of the gang. Although they never used their mobile phones at the scene they were less careful both before and after the event and police were able to monitor their movements, link them together and put covert surveillance in place. Had they used so-called ‘burner’ phones (untraceable PAYG phones bought from the high street) this wouldn’t have happened.

Caught out by security technology

What this case demonstrates is the continuous development of security systems and technology. Even though these men had a huge amount of criminal experience (members of the gang had been involved in the Brinks Mat robbery and other high profile cases), technology had moved on so much in just a short time (the ANPR for example, which wouldn’t have been around a few years ago) that they were simply caught out by lack of understanding.

Their plan was very ‘old school’ (in essence, drilling a great big hole in the wall and busting the boxes open) and extremely audacious. Obviously the promise of such a big potential pay-off was too much to resist. Unfortunately for the businesses that held their stock and valuables there (most were jewellers from the Hatton Garden ‘diamond district’) many were not insured and only around a third of the haul has been recovered. While they thought they were storing them in the securest way possible, on this occasion they could have potentially been more secure held on their own premises but it takes an incident like this to know that. One good thing that may have come out of this very high profile case is a warning to others considering attempting a robbery on this kind of scale that it’s very hard to beat the security technology. Had they known about the CCTV, the ANPR and the police response alarm, they may never have risked it.

Are your business assets secure? We offer businesses a free security audit so please call us on 0345 833 5543 if you would like to arrange one.

0
0
0
0
0
0
previous No Christmas break for hard-working burglars
next Could Ex-Staff Pose a Security Threat?
Make an enquiry
Sign up to our newsletter!