Can your Facebook data be used to target your home for burglary?

Home / Blog / Can your Facebook data be used to target your home for burglary? 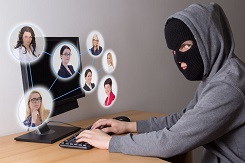 You are probably sharing way more than you realise

We have already covered the issue of social media several times on the blog and how sharing information about when you’re on holiday or fancy new gifts you’ve received can make you a target for burglary. However, in the light of recent reports into data privacy violations by Cambridge Analytica, it would seem that most Facebook users are giving away far more information about themselves than they ever realised and to people they don’t know.

We all know that in very basic terms, the information that we willingly share can be seen by the trusted people on our friends lists. So if we ‘check in’ while on holiday or on a night out our friends would know that we’re not at home. But that’s ok because nobody on our friends list would want to burgle our homes, right? Yes. To a point but there are the added issues of being tagged in other people’s check ins, friends of friends being able to see things and our posts being visible on the page of a venue or event that we’re tagged into. But that’s not even the half of it.

It’s now become clear that we’re willingly allowing our movements, preferences, lifestyles, income levels, political and religious leanings and a host of other data to be tracked. Not only by Facebook itself but by a range of third party apps and companies.

If you have ever logged into another website using your Facebook login rather than creating an account, they can access data from your profile. If you’ve ever used an app to see which Dirty Dancing character you are, what you would look like in 20 years’ time or which Hollywood actor you’re most likely to marry then you have also handed over data. And most probably your friends’ data. And even if you haven’t done any of these but your friends have, they are likely to have handed over your data.

Pretty scary stuff when you look into it all. But while this obviously offers advertisers a gift in terms of targeting you, does it actually put you in danger of crimes such as burglary?

The answer has to be, potentially yes. While Facebook employees are possibly not that interested in spotting your holiday snaps and popping round to burgle your house, the fact is a great many organisations have access to your data who you know nothing about. The scandal around Cambridge Analytica arose because they created a quiz app specifically to acquire user data that they could later target political messages to. If that is possible, who knows what other unscrupulous companies or even individuals could be looking for?

What can you do to protect your data and your home?

Apart from the obvious things like not checking in and declaring your location on Facebook, check all your privacy settings including any apps you have downloaded and what information you have agreed to share. Remove as much private information as you can from your profile and ask friends not to tag you in to posts. Unfortunately you can’t remove any data that these organisations already hold but you can minimise what they can access in future.

Backing this up with physical security at home is also a good idea as it gives you protection at both sides of the issue. Good, anti-snap locks are a must and a burglar alarm is advisable. Clearly demonstrate that you take security seriously with visible measures such as a prominent alarm bell box (we do some illuminated ones that send a very clear message) and perhaps even CCTV. Lights on timers will also help your home look occupied when you are away.

0
0
0
0
0
0
previous 16% of burglary suspects are children
next Now Cutting All Household Keys While You Wait
Make an enquiry
Sign up to our newsletter!