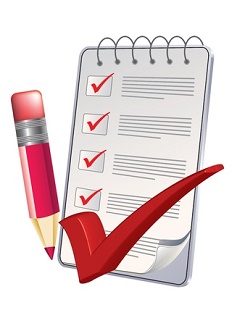 We all think that we know the kind of things that burglars go for – TVs, computers, game systems, audio equipment etc. In some respects, these are indeed attractive to burglars and some will take them, however in reality large items are much more difficult to conceal when leaving the scene of the crime. In actual fact, they’re usually much more interested in small, portable items that can be easily sold on.

Burglars are often in and out of a house within 15 minutes, so they already know what they’re looking for before they even enter. Here are some of the items most sought after by burglars:

Obvs. Cash is untraceable, portable and can be used directly by the burglar without needing to sell anything on. The best advice is to just not keep a lot of cash in the house and if you have to do that, invest in a home safe and lock it away.

Gold, silver and precious gems have a strong re-sale value when weighed in so the burglar doesn’t even need to know anything about jewellery. They will therefore just grab the lot so even items that only have sentimental value to you will be taken and discarded later. Again, anything valuable or sentimental would be best kept in a safe.

Smartphones, iPads, wireless audio systems and laptops all have good re-sale value. There’s no unplugging, they can be carried and concealed in a bag and easily dumped if they fear they’ve been suspected.

Before you claim not to have such things in your home, it’s actually prescription drugs that are becoming increasingly popular because they can be sold on for good profits. Alcohol is never going to make anyone much money but it’s easy to get rid of and when you consider that many turn to burglary as a way of supporting some kind of addiction then it’s not hard to see why drugs and alcohol might be attractive. Prescription packaging and empty bottles in your bins can offer would-be burglars a clue to whether they’ll find anything inside so try to conceal them if you can by hiding inside other bags or taking bottles to a bottle bank.

This is possibly the scariest of them all as the potential consequences are far-reaching. Passports, bank or credit cards, driving licences, birth certificates or even utility bills or bank statements can all be used to steal your identity and therefore can be sold on. Keep important documents in a safe as this can not only protect them from thieves but fire and flood as well and really think about what other hard copies you need to keep. Bank statements and bills can usually be accessed online so there’s often no need to keep hold of paper copies. Go through your cards and if you have any old credit or store cards that you no longer use, get rid of them. Dispose of documents or cards by shredding them – don’t put them in the bin!

The nature of the majority of these items is that they can often be taken without disturbing anything else so you may not notice straight away, especially if it’s a sneak in burglary with no forced entry. It would be obvious if a TV or computer was taken but would you notice straight away if your iPod or jewellery was taken? Try and check these types of items regularly (it’s useful to have some kind of inventory) and don’t leave anything out in the open that you don’t have to.

If you would like to discuss your home security including burglar alarms, locks and safes give us a call on 0345 833 5543.

0
0
0
0
0
0
previous More Bungling Burglars
next ‘Tis the season to be… burgled
Make an enquiry
Sign up to our newsletter!