Your Burglary may not be a Priority

Home / Blog / Your Burglary may not be a Priority 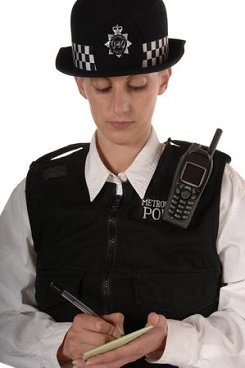 Other incidents may be more urgent for the police

The Guardian recently published an article written by a police controller about how he has to prioritise the calls that come in. It doesn’t come as a surprise to anyone that burglary doesn’t feature high on that list. Due to the huge budget cuts that police forces have endured over the last few years, something has to give somewhere. Many calls that previously may well have seen an officer dispatched, won’t get one now. Some of these are incidents that didn’t actually warrant a police response anyway – such as bringing teenagers back to the children’s home they live in because they’re drunk and there are no staff to bring them in or a minor dispute with a neighbour over parking or noise. However, there are other incidents that could justify a police response but probably won’t now get one, depending on what else is going on at the time. Burglary will often fall into this category.

Calls are prioritised using a colour system: red for life threatening situations; yellow for priorities; and blue for routine matters. If a burglary is actively taking place at the time of a call, you may get a police response to catch them in the act but if there’s not deemed to be a threat to life, and officers have other incidents to deal with where there could be, chances are they won’t respond at that time.

The police are often accused of not really caring about burglary – we’ve covered stories about the low number of arrests for burglary and the high probability of never having any stolen items returned to name just a couple – but the truth, according to the author of this article, is that they do care but they simply don’t have the resource to respond to everything.

The home security buck stops with you

This article only confirms what we have been saying for a long time, that the responsibility for your own home security lies very firmly at your own door – literally. If you are burgled, you cannot have any real expectation that the thieves will be caught or that you will have any of your belongings recovered. We all know that prevention is better than the cure but when there effectively is no cure, prevention is everything.

Good, visible home security measures such as burglar alarms, good quality locks and doors and even CCTV will not only help to thwart an intruder but will act as a deterrent, preventing many from even trying.

We all also have a responsibility to only use the 999 service in a genuine emergency. If the call volumes are lower, it helps police controllers manage the calls more effectively and allows officers to be despatched to those who need it more efficiently. The Metropolitan Police issued their top 10 most ridiculous 999 calls of 2015 at the end of last year and it includes a woman disgruntled with the kebab shop who wouldn’t replace the cold food they had sold her, a man whose 50p was stuck in a washing machine at a launderette and a man who claimed car park staff had kidnapped him because he didn’t have change for parking and they wouldn’t let him leave. You can see the full list here.

Non-emergency calls, such as burglaries that have already taken place, should be reported via the 111 number. Burglaries in progress should still be reported via 999 – just don’t necessarily expect a response unless your life is in danger.

0
0
0
0
0
0
previous Police resort to breaking and entering!
next CCTV Helps Catch Serial Stalker
Make an enquiry
Sign up to our newsletter!