The burglars’ guide to burglary… 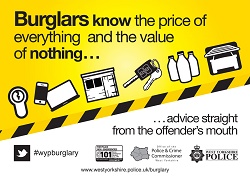 … Courtesy of the Police

West Yorkshire Police has released its new spring anti-burglary campaign and it features advice from those who should really know – convicted burglars. They’re calling it the ‘True cost’ campaign, taken from the overall slogan ‘Burglars know the price of everything and the value of nothing… advice straight from the offender’s mouth”.

It refers to the fact that the true cost of a burglary is much higher than the value of the items taken; highlighting the emotional cost as well as the financial one.

The campaign includes a series of posters, each offering a different insight into the mind of a burglar, thereby providing some practical tips on what you can do to prevent one. They include: 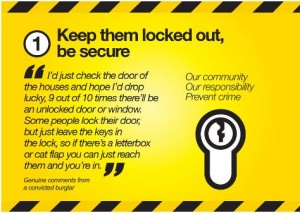 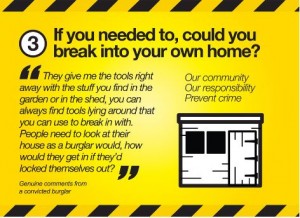 Take note of the advice, it comes with authority! See further details about the campaign here.

0
0
0
0
0
0
previous Fire Risk
next Secure your Shed!
Make an enquiry
Sign up to our newsletter!