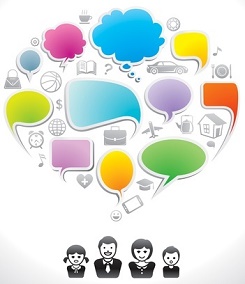 Unfortunately though, there are bad neighbours around. Most burglars don’t want to ‘work’ too close to their own home and so will target houses that are some distance from where they live. There are, however, some that are brash enough to steal from homes in their own neighbourhoods.

The main advantage of living in the same immediate area of those you intend to burgle is that you can keep an eye on them. You can suss out their routines and coming and goings, gauge the kinds of possessions they have by the car that they drive, clothes/jewellery/bags that they wear or have a nosy at anything visible through windows, glass doors and conservatories. You can see when they go on holiday and notice certain patterns of behaviour such as whether they set the alarm, where they hide a key and how vigilant they are at shutting windows/locking doors when they nip out to the shop. If you do manage to use all this inside information and steal from them you also have the advantage of being there ‘on site’ to monitor when they replace the key expensive items such as TVs, computers and gadgets and then go and break in again. Remember, it doesn’t have to be you doing the dirty work; you could simply pass on the info in return for a cut of the proceeds.

OK, there is a degree of cynicism here and it’s certainly true that stealing from neighbours represents a much higher risk to the burglar. You do have to be pretty low to do this but then burglars are not generally known for their high moral fibre.

Many burglaries are never solved so it’s difficult to gauge how many are conducted by people from the immediate area. Proportionately, it’s probably quite low but it makes sense to take a few cautious measures nonetheless:

⇒ Try to vary your routine where possible. Perhaps use your back door as well as the front and do errands before or after work so that you’re not always coming and going at the same time

⇒ Keep valuables out of sight from windows and conservatories. Consider blinds, voiles or nets for extra privacy

⇒ When you have items delivered state that they should not leave them with a neighbour if you’re out. Collecting from the sorting office or rearranging a delivery can be a pain but being asked to take in a parcel not only alerts someone to the fact that you’re out but can indicate the type of items you buy/stores you buy from

⇒ Don’t keep a key hidden outside the property for emergencies. Seeing someone regularly going to a certain spot or bending down can indicate to someone watching that you have one

⇒ Always set your alarm if you have one. Seeing someone frequently leave the house without hearing the tell-tale beeps of the alarm lets people know that you’re not vigilant about setting it when you go out

⇒ Don’t allow yourself to be overheard telling trusted neighbours, the postman, window cleaner etc that you’re going away on holiday. Although it is a good idea to discretely ask someone you trust to keep an eye on things

⇒ Don’t post about going away/buying expensive things on social media. Even if your neighbours are not in your own networks, being in the same location they could have mutual contacts

⇒ Join, or set up, a Neighbourhood Watch group of trusted neighbours. Lone rogues are less likely to strike if there is a strong community looking out for each other

For the majority of people this is not an issue and the last thing we would want to do is make you nervous or mistrustful of your neighbours; they are, in many ways, your greatest allies against a break in. However, the measures outlined above are sensible precautions to protect against any break in and it’s always useful to understand potential risks, however slight.

0
0
0
0
0
0
previous Theft by drone?
next Another New Engineer
Make an enquiry
Sign up to our newsletter!