Burgled by gas? Are you having a laugh?

Home / Blog / Burgled by gas? Are you having a laugh? 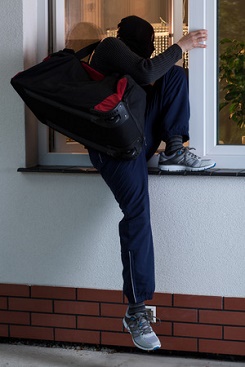 You may have heard about the recent burglary that F1 driver, Jenson Button, has been victim to. Reports are suggesting that Jenson and his family may have been gassed via the air conditioning system, which would have allowed the intruders to roam freely around the property without fear of being disturbed.

But how likely is this? There doesn’t seem to be any evidence at present that gas was indeed used other than the victims feeling unwell when they awoke. Blood tests are being analysed to see if this was the case. You would imagine that this villa is not pokey so just how much gas would be necessary in a large space to knock the occupants out without doing them any harm? And are the intruders gathering their stash while wearing Mission Impossible style gas masks?

What about physical security?

Of course we don’t know many details about this particular incident, and we’re not suggesting for one minute that it’s anything other than a genuine break in, but the biggest question is where was the physical security? Gassing sleeping people may well allow you to roam around the property unchallenged but how do you get in there in the first place? If your physical security is in place then it wouldn’t matter whether the occupants were unconscious, or even whether there was anyone at home at all, as it would prevent entry in the first place – or at least alert someone to a break in.

The reports don’t indicate how the burglars gained access but even if they smashed their way in or set off the burglar alarm, confident that the occupants would be none-the-wiser, surely a neighbour would have heard and you would think that such a luxury rental property would have systems in place such as high security locks, a monitored burglar alarm and CCTV?

Some media reports have suggested that this method has been used in other break ins and that gas can even be administered via an open window or letterbox but they seem unnecessarily alarmist. We would just advise that people take care of their first lines of defence; locks and an alarm. Those perceived to be at higher risk may want to invest in CCTV as well but we don’t believe that gas represents a likely threat.

So rather than sealing up your letterbox, we’d advise that locking your doors and setting your burglar alarm would be a much more effective defence against burglary.

0
0
0
1
0
0
previous Don’t be a Victim of Distraction
next 1 in 11 homes burgled will be targeted again
Make an enquiry
Sign up to our newsletter!